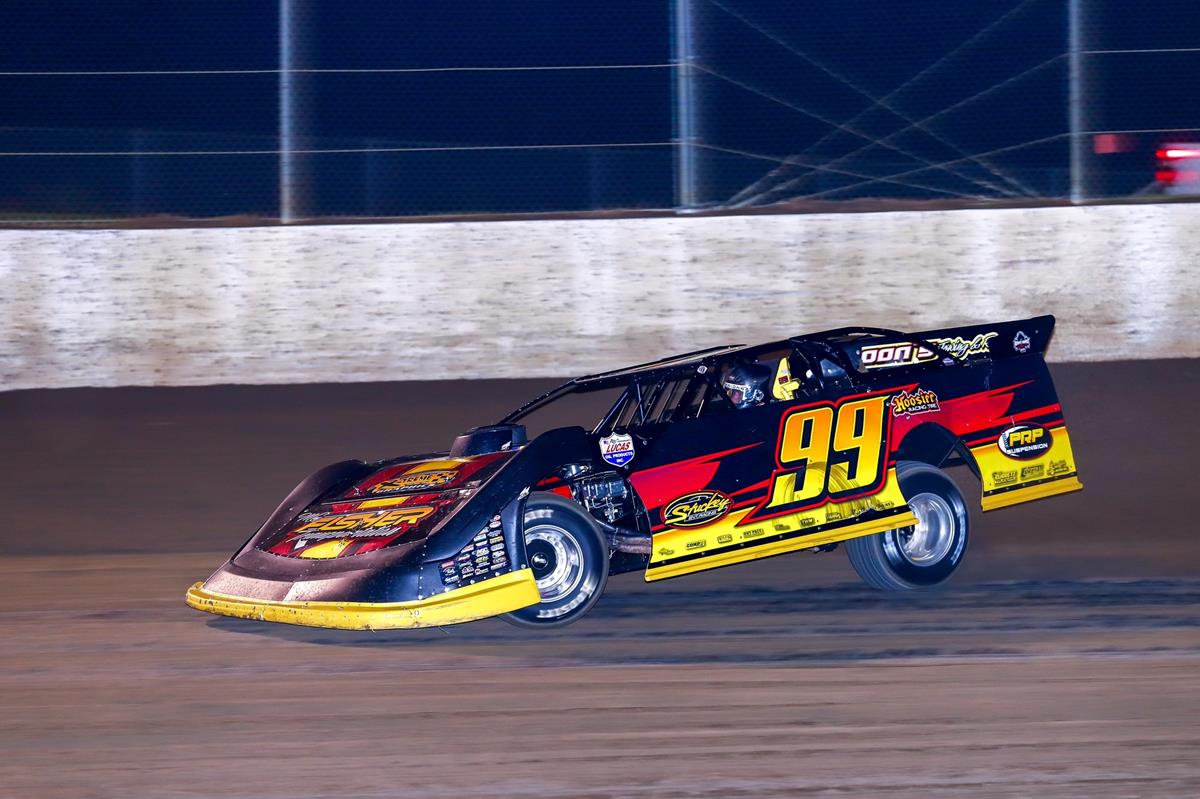 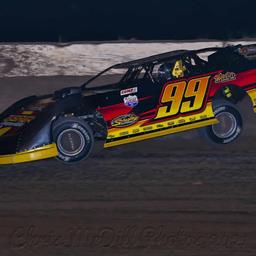 On Friday evening, Clay Fisher was back behind the wheel of his Moon’s Towing & Recovery No. 99 Late Model for the 16th annual Gumbo Nationals at Greenville Speedway (Greenville, Miss.).

With 31 Comp Cams Super Dirt Series (CCSDS) entries on the grounds, Fisher followed up the second-fastest lap in his time trial group with a second-place finish in his heat. With $4,000 on the line in the feature, Clay was an early retiree from the 30-lapper with five circuits remaining.

The following night, Clay rebounded with a 10th-to-fifth run in his B-Main after exiting early in his heat. Starting the $8,000-to-win Gumbo Nationals finale in 21st, Fisher was scored 22nd on the rundown.